Read on to hear the testimony of God working in two separate lives, joining them together, and growing them up to send them out. God gets the glory, for He is the Author behind it all!

I was born in January 1973 and grew up in a small town in Indiana. I accepted Christ as my Savior during Sunday school at the age of five and continued to grow in my faith. Nine years later at a summer church camp, a man named Dunn Gordy spoke about the Great Commission. At that time, I felt a clear calling into missions. In 1990 I entered the military. Offered the opportunity to further my education, I chose to learn more about God and missions at New Tribes Bible Institute in Waukesha, Wisconsin.

I was born in August 1974 and was raised in a suburb of Chicago, Illinois. At four years old, I began a relationship with Christ that was nurtured by the support and teaching of my parents and my church, First Baptist of Wheaton. It was during a church mission conference that God stirred my heart with the hopelessness of people who had no gospel witness. I felt called to pursue involvement in missions, and in 1993 spent the summer in Papua New Guinea learning about tribal evangelism and church planting. I returned home to enroll at New Tribes Bible Institute…where I met Bill!

We were married in January 1995. Shortly after completing Bible School, we moved to Bill’s hometown. We got involved in his local church, working with the youth group, missions committee, and other ministries. Bill gained experience in a variety of fields, from construction to administration to property management. Christina worked part-time with a foster-care agency and received training as a massage therapist. God gave us our first son in 1996, and a daughter in 1999.

God began showing us a new direction for our lives in 2000. That summer Bill joined the staff at a faith-based camp and conference facility in northwest Indiana as director of grounds, facilities, and construction. In that capacity, God taught us much about leadership and working for a non-profit organization. We gained an appreciation for donors and volunteers and were excited to watch God use Bill’s skills to further His kingdom. The taste for life in ministry whetted our appetites for something more. It was time to take the next step toward mission work.

The Rest of the Story

Near the end of 2001, we began talking with a mission agency that focused on remote parts of the world. Desiring the blessing of Bethel, the church we had called home since August 2000, we sought counsel from church leadership. We spent a year being mentored and prepared by Bethel’s pastors and lay leadership. In February 2003, our family was sent by Bethel on a month-long mission experience in Togo, West Africa. Bill supervised the construction of a missionary home and we all got a first-hand taste of life and work in a foreign field.

We returned home with a clearer vision for declaring God’s glory among the nations. God instilled us with a passion for serving the remote peoples of Vanuatu, an island nation in the South Pacific. We were thrilled to be appointed as Bethel’s first “home-grown” missionaries in June 2003. Building a critical support team of financial and prayer partners was a stretching but exciting process for us. From November 2003 to May 2004, we completed a three-month internship at the mission agency headquarters in Missouri, followed by a three-month field internship in Vanuatu. Our family moved full-time to Vanuatu in February 2005. Between 2007-2009, we had two more sons, the last one born in Australia.

We returned to the USA in 2011, 2015, and 2018 for the wedding of our son Marcus to Sierra Swets, and to get our daughter Mikaela settled into university. In late winter 2020, we made an earlier-than-planned trip to the USA, due to the passing of Christina’s dad followed by the Covid-19 pandemic shutting down international travel. Marcus, Sierra and their son Emerick will be coming to Vanuatu as part of our field team. Our sons Maxwell and Malachi are eager to go back to Vanuatu with us. Although it is wonderful to reconnect with relatives and support partners in the States, Santo Island is the "home" where God's called us!

Why Did We Become Misionaries?

God created human beings to glorify Him as we fulfill His purposes for us. His character can be seen, in part, by all mankind through His handiwork of creation. God has designed us to have a personal relationship with Him, and to that end, He revealed Himself to us in Scripture so that we can respond in faith to Christ’s redemptive work on the Cross. Salvation is a free gift of God’s grace to ALL men, but there are so many who don’t know that!

Among the 6000+ distinct languages that are currently spoken around the world, approximately 3000 people groups lack even a part of Scripture in their own language. God dearly loves all people, and it important that all of us have the opportunity to hear God’s communication to us in the language of our hearts. As teenagers, both of us sensed a special calling in our lives. We became burdened to get involved in showing that God is accessible, in places where His Word currently was not. God has worked in our lives over many years (read our stories if you haven’t yet!) drawing us closer to Himself in the process.

We welcome your prayers and participation. And we challenge you to engage in God’s mission to build His Church around the world, either through our work in Vanuatu or elsewhere—it’s a privilege! 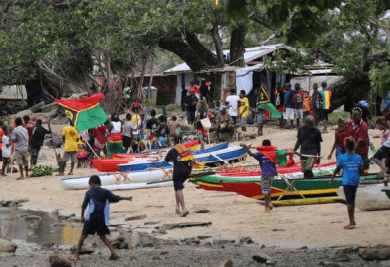 How Does “Staying Safe” Fit into Missions?

Since the onset of COVID-19, it seems like the world has made physical SAFETY the ...
Read More → 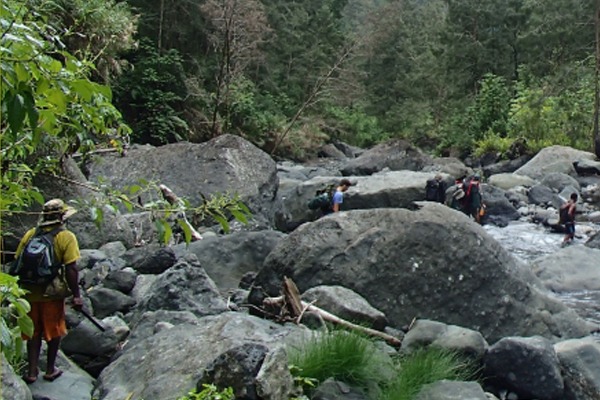 Progress. But Is It Enough? Celebrate with us the progress made this past year in ...
Read More →