Vanuatu is a nation made up of 83-plus islands scattered over 700 miles of the South Pacific Ocean. Australia is the closest continent, 1200 miles to the west. The Solomon Islands are to the northwest, Fiji is to the east, and New Caledonia is to the southwest. The two primary towns are the nation’s capital, Port Vila (approx. 50,000), on the southern island of Efate, and Luganville (approx. 15,000), located on the large northern island of Santo. 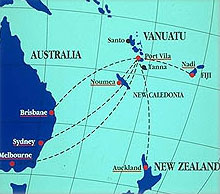 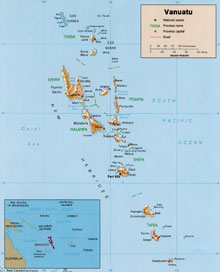 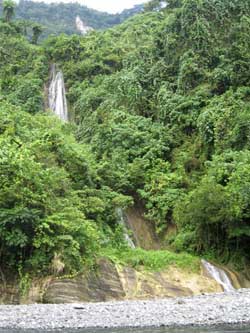 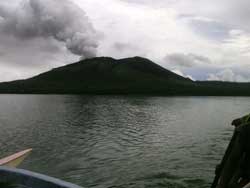 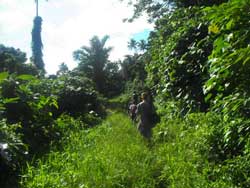 The Y-shaped chain of islands covers more than 500,000 square miles, but only about 7,000 square miles of it are land! It has varied landscape, from rugged mountains to dense jungle to sandy beaches with vast coral reefs. The islands are, in fact, summits of mountain ranges rising from the deep ocean floor. Because of its position over shifting tectonic plates in the earth’s crust, earthquakes and volcanic eruptions are common.

Most of the islands are inhabited, but the outlying areas are often isolated by the terrain and lack of telephone communication, transportation and educational opportunities. The economy is predominantly subsistence agriculture, but there are developing industries in coconut oil, fishing, cattle, and tourism.

Formerly the New Hebrides, the islands were ruled by an Anglo-French condominium government that was created in 1906. During WWII, 500,000 Allied troops were stationed throughout the islands in the war against Japan, and the American presence left a positive impression. Independence was gained in 1980, after some years of struggle, and the nation became Vanuatu. It continues the hard work of development amidst seasons of instability.

Who lives in Vanuatu?

Approximately 310,000 people live in the island chain. Over 96% of the population is ni-Vanuatu, the local term for their indigenous peoples. Those from other backgrounds, such as Australian, Chinese, Japanese, European, American, New Zealander, and other Pacific islanders, comprise the minority in citizenship or residency.

Vanuatu claims the highest proportion of languages to the populace in the world. Reports vary, but at least 110 indigenous languages have been documented as being spoken in Vanuatu. The three official languages are English, French, and Bislama, but Bislama is recognized as the “national” language. It is often heard in the two town areas and is becoming more widely used by rural ni-Vanuatu. As a trade language, Bislama functions well in allowing diverse linguistic groups to communicate on a fundamental level. However, there are limitations (such as a relatively small vocabulary in which one word could have several different meanings and a lack of words for many abstract or complex concepts) that make dialogue difficult on a spiritual level.

The education system utilizes local languages at the beginning levels, but English or French is introduced by third grade. Most teaching is by rote, as materials are limited, and classrooms are frequently overcrowded. Some children, especially in rural areas, cannot continue schooling because of financial or geographic constraints. The children who succeed in finishing the primary level face an extended absence from their home environment to attend secondary boarding school, often on another island; Literacy estimates vary. 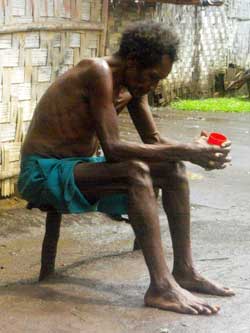 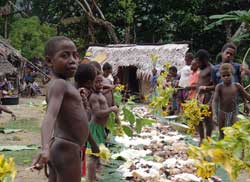 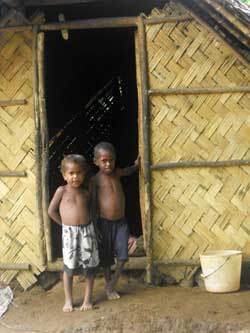 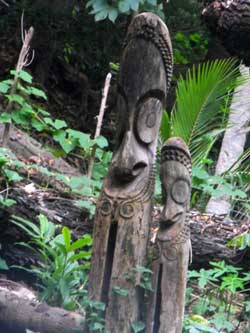 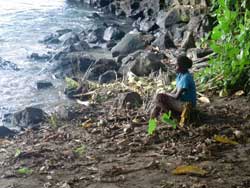 What’s the Need in Vanuatu?

Spread across the islands, over 110 language groups coexist, many living in communal, agriculture-based rural communities. At least 70 of these people groups speak unwritten languages. The government wants these ni-Vanuatu tribes to have their languages written and then be taught how to read and write their languages. It is a challenge to find Christian training in the context of local language and culture. Linguistic and literacy specialists, as they use the Bible to fulfill educational goals of translation and literacy, also engage remote peoples with the powerful truth of God’s Word. This is a monumental task—but we’re excited about the role we’re playing in facilitating the logistics of establishing and sustaining such a process. 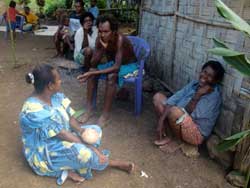 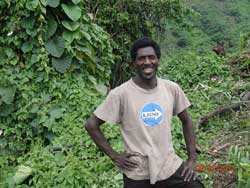 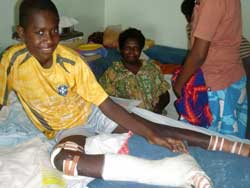 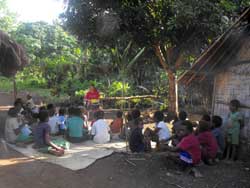 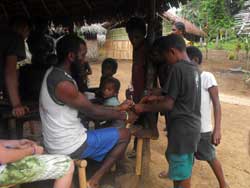 We frequently function as a vital support link for linguistic and literacy specialists who work in “the bush.” Their physical needs are valued, as well as their emotional and spiritual health. We help when needed with:

Team members are taking advantage of opportunities to mentor and encourage several ni-Vanuatu individuals on an on-going basis in areas of:

Advice, dialogue, or hands-on assistance is frequently sought out by others in the Luganville and rural communities.

What is our Ministry Plan?

Our strategy for reaching the needy people in the remote parts of Vanuatu is grounded in a base of operations in Luganville, the largest town (population approx. 15,000) in the northern islands. Bill and Christina Widup spent their first two terms focused on learning the trade language and culture while laying the critical relational and logistical groundwork, in addition to beginning several avenues of ministry. Up & Up Ministries was established, a national organization with a vision for discipleship and practical training, integrated with Biblical truth, to ni-Vanuatu in the northern islands. Tony Liliord (from Vanuatu) started volunteering with the Widups in 2005; his wife Maxine (from New Zealand) joined Up & Up in 2007. Lemy Nacisse (from Vanuatu) and his wife Megan (from the USA) joined Up & Up in 2015. Other expatriates and ni-Vanuatu have served alongside us for various lengths of time.

Looking ahead, the Up & Up field team desires to “keep on keeping on” with the original goals. We’ll continue to develop our Resource Services to 1) facilitate personal growth and leadership development in committed nationals, as well as 2) undergird the efforts of linguistic and literacy specialists. We will continue to pursue greater input and partnership from godly ni-Vanuatu. As opportunities unfold, our team will continue to support the complex process of preserving the yet-unwritten languages and promoting literacy in the heart language of remote peoples through Bible translation projects. As logistical help is given to the linguist/translator missionaries, opportunities surface for ni-Vanuatu to learn about various subjects. These concepts are taught one-on-one or in small groups both in-town and rural settings. We desire to impart valuable knowledge and skills while also sowing seeds for spiritual impact.

Nabanga Kristin Skul is an exciting facet of ministry that reflects Christ while reaching the educational needs of northern Vanuatu. The side-by-side teacher training program and operational “kindergarten” class for 3-6 year-olds first opened its doors in February 2011. The long-term vision includes gradually expanding the existing school to higher grade levels and promoting the work of Bible translators and the use of translated materials in those language groups’ local schools.

March 2022-- Here is an update from Maxine, director of the program:

We continue to provide quality Christian education to the community, using the local language as instruction. Our enrolment numbers dropped last year and are still reasonably low. But we are praying that as the year goes on and families decide where to send their children, our roll numbers will increase. Some of the reasons parents choose to send their children to our school include the low child-to-teacher ratio, a clean and safe environment, and quality education with a Christian component throughout it. Also, parents have seen children who have previously attended and graduated from Nabanga move onto primary school and succeed well with high marks.

God is faithful and continues to bless this school. During the COVID pandemic, God has protected Vanuatu to this date, and schools have been able to continue operating (apart from the initial few months of closure). We recovered from cyclone Harold in 2020, thanks to donations that paid for the needed repair work. This year we have received many resources donated to the school in a container. Using our fundraising efforts from 2021, we purchased some large play equipment and had that shipped over as well. Between all these new resources and a new sandpit (the old one was replaced in January this year), Nabanga Christian Kindy has gotten off to a blessed start to the year.

Currently, our staff includes Mrs. Enock, Ms. Kimson, and Ms. Silas. Our assistant headteacher, Mrs. Enock, is one of the school's original teachers and has been teaching in it since the school started in 2011. By the end of last year, she completed her certificate three levels of early childhood education studies through the University of the South Pacific (USP). Ms. Kimson joined the teaching team in 2015, first as a relief teacher and then became a regular teacher. Last year she began studying her first paper towards achieving a diploma in early childhood education through USP. Ms. Silas is our relief teacher who joined us in 2021. She also has been studying through USP, working towards obtaining her certificate 3 level in early childhood education by the end of this year. 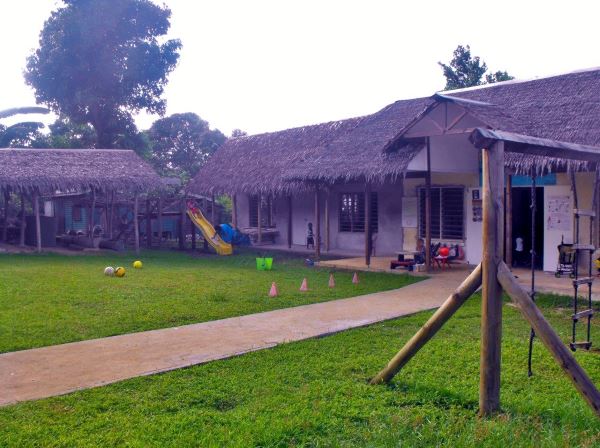